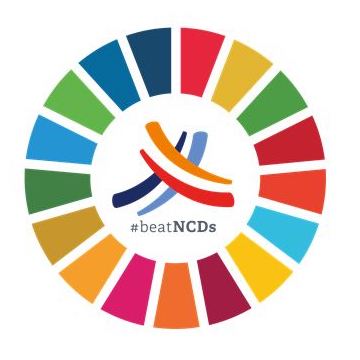 The Third UN High-Level Meeting (HLM) on NCDs is less than 90 days away. Over the past six months, child health advocates, including health care providers, civil society, and youth, have repeatedly urged Member States to ensure the final Political Declaration for the UN HLM on NCDs is responsive to the needs of the population most affected by its policies: children, adolescents, and young people. These recommendations were developed by youth advocates and are meant to be shared with Member States throughout July. 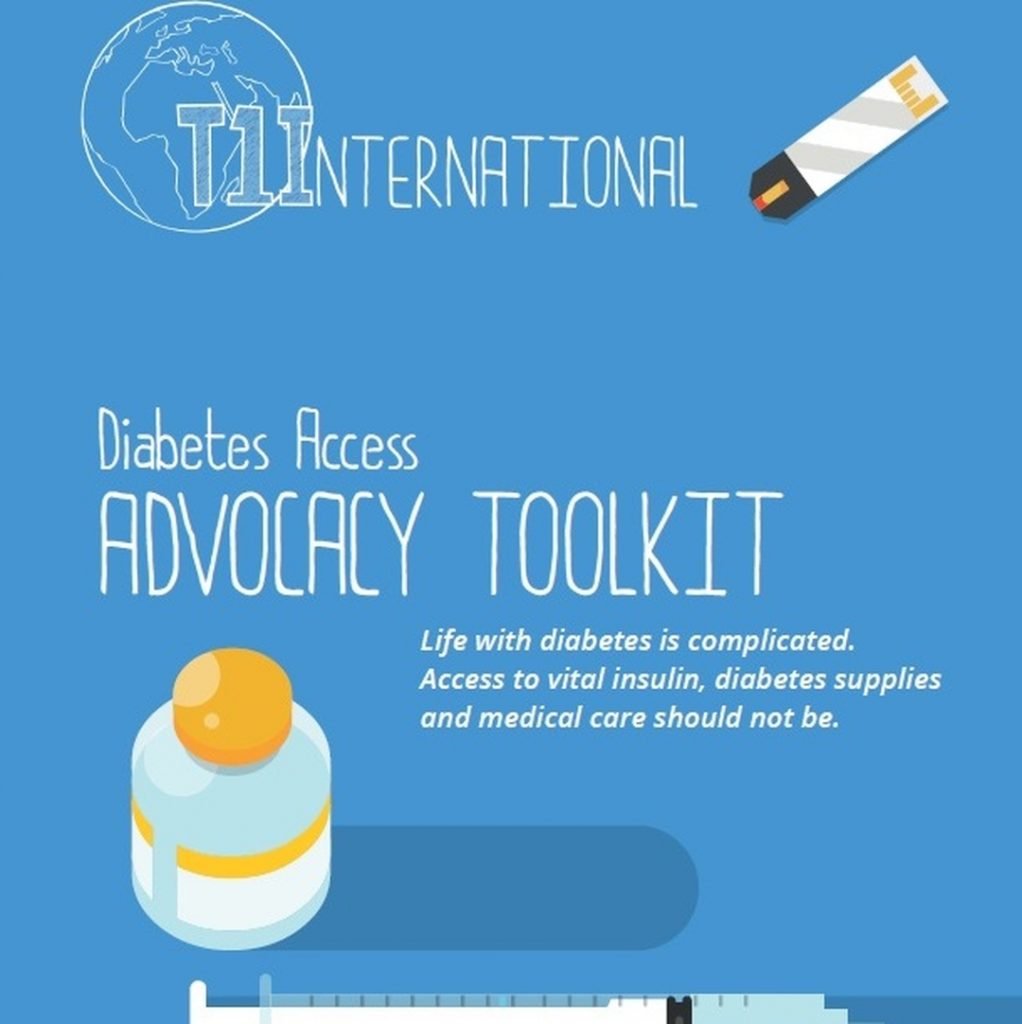 T1 International created a resource for people around the world who want to advocate for better access to insulin, diabetes supplies, care or education. 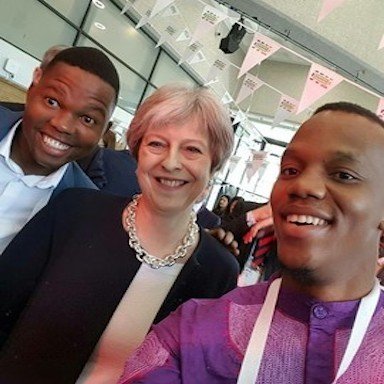 This letter is developed to be sent from young people to government officials and making our key asks – proposing intergenerational collaboration for NCD policies as well as include a young person in their official country delegation to the UN High Level Meeting on NCDs. We suggest that the letter be sent much in advance of the High Level Meeting, since being included in the preparatory work for the meeting could offer great opportunities to learn and influence. 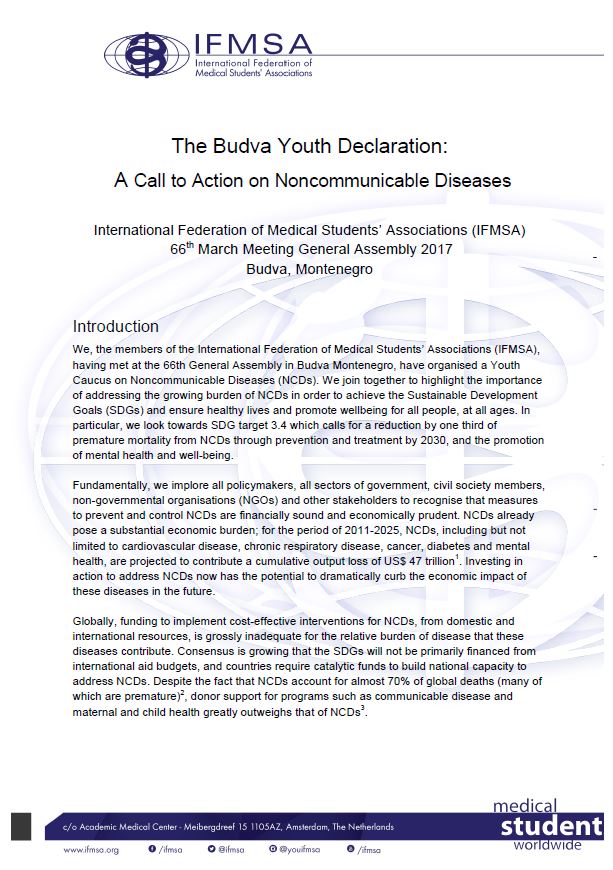 The Budva Youth Declaration, developed during the 2017 International Federation of the Medical Students’ Associations (IFMSA), is a call to action on the prevention and control of NCDs for all policymakers, sectors of government, civil society, non-governmental organizations, and other stakeholders. It provides 6 key areas for additional investment and policy coherence. 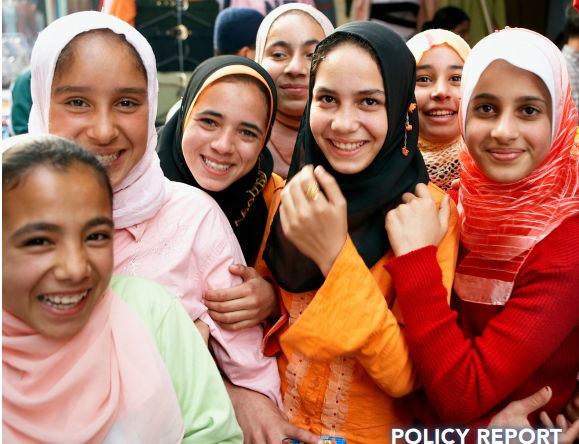 This package of publications, supported by the AstraZeneca Young Health Programme (YHP), includes a policy report and data sheet that highlight the importance of taking action now to address NCD risk factors among young people in the Middle East and North Africa. 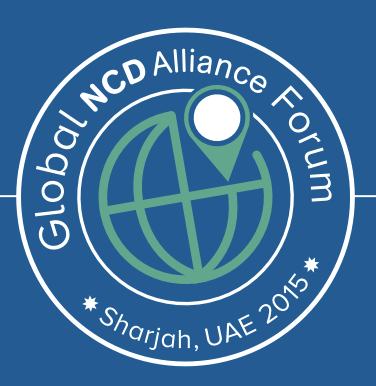 The global burden of non-communicable diseases (NCDs) threatens the health, wellbeing and prosperity of all people everywhere. National governments, the World Health Organization (WHO) and the United Nations (UN) all recognize the need to prevent, treat and manage these diseases and address their social determinants, reduce exposure to risk factors, and build stronger and more sustainable health systems.

Global Accelerated Action for the Health of Adolescents (2017) 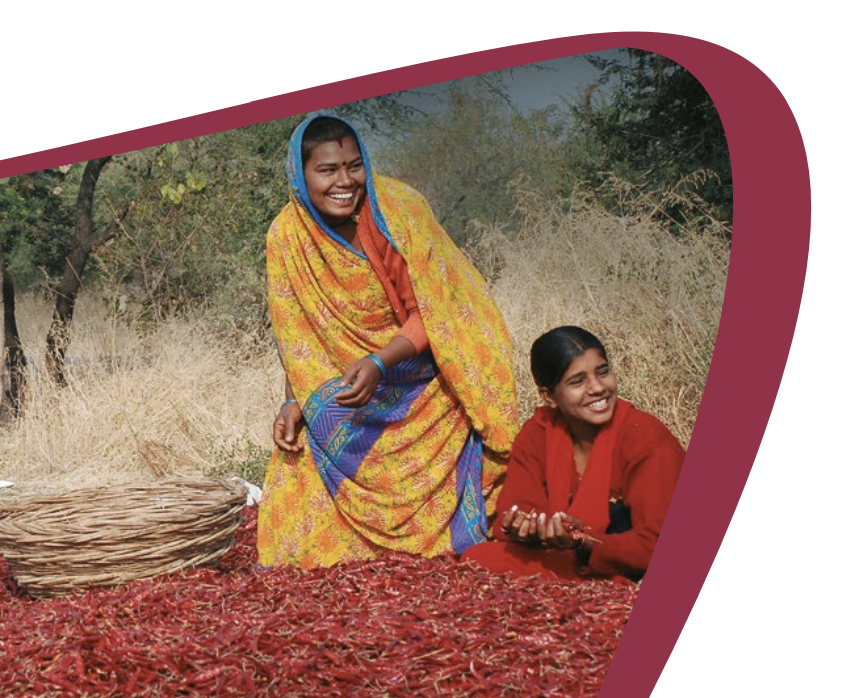 In 2014, the WHO report Health for the World’s Adolescents showed that considerable gains from investments in maternal and child health programmes are at risk of being lost without corresponding investments in adolescent health. The latest data show that more than 3,000 adolescent die every day from largely preventable causes, and that many key risk factors for future adult disease start or are consolidated in adolescence. Adolescent mental health and well-being are often overlooked. 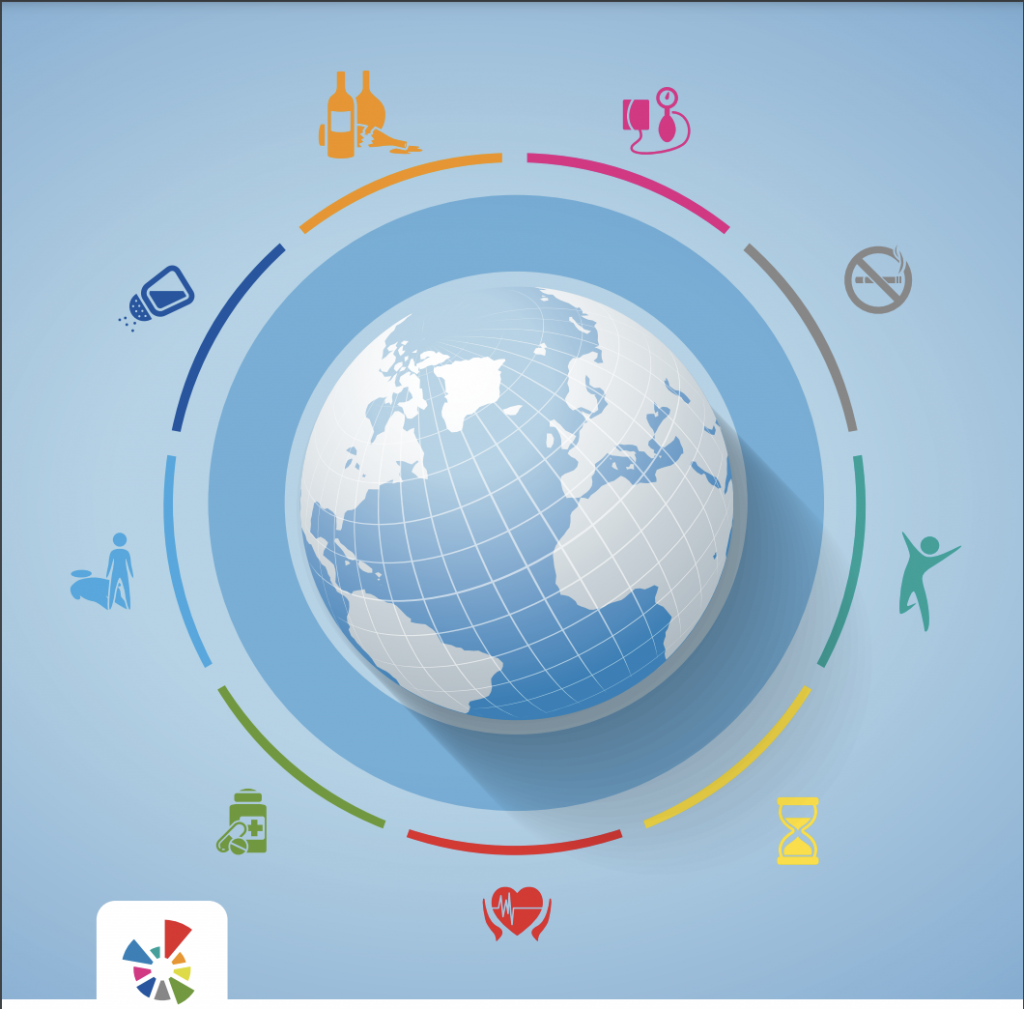 This global status report on prevention and control of NCDs (2014) is framed around the nine voluntary global targets. 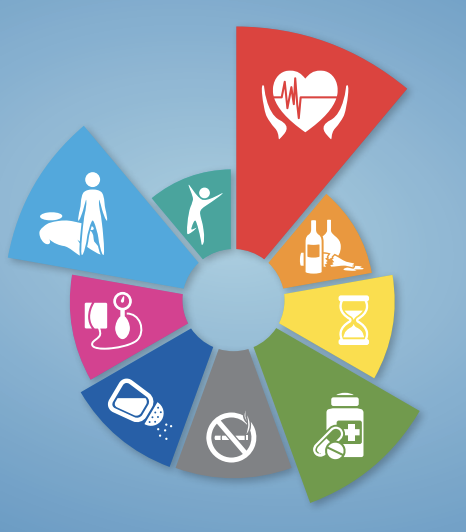 Noncommunicable diseases (NCDs)—mainly cardiovascular diseases, cancers, chronic respiratory diseases
and diabetes—are the world’s biggest killers. More than 36 million people die annually from NCDs (63% of
global deaths), including more than 14 million people who die too young between the ages of 30 and 70.
Low- and middle-income countries already bear 86% of the burden of these premature deaths, resulting in
cumulative economic losses of US$7 trillion over the next 15 years and millions of people trapped in poverty.

The Oakland Statement: Putting NCDs, Children and Adolescents on the Broader Global Health and Development Agenda 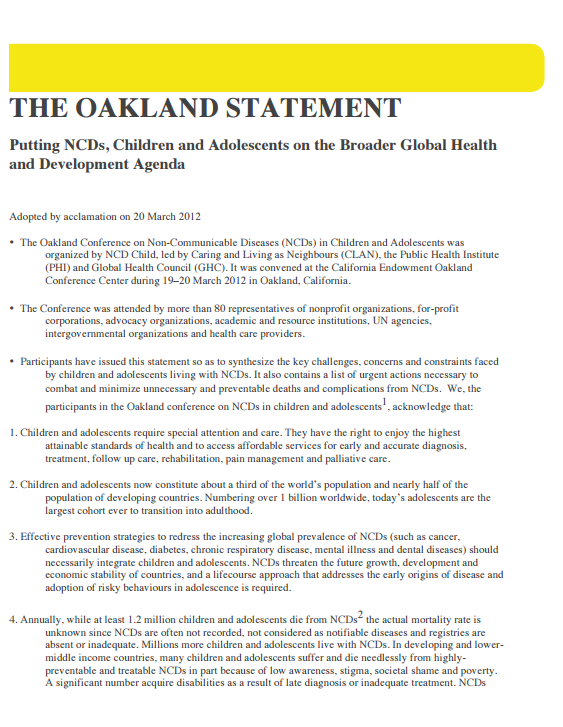 A statement issued by organizations attending the Oakland Conference on NCDs in Children and Adolescents in 2012 which synthesizes the key challenges, concerns and constraints faced by children and adolescents living with NCDs.